32 South Korean Victims of Agent Orange bring their case to the United Nations and Washington, DC 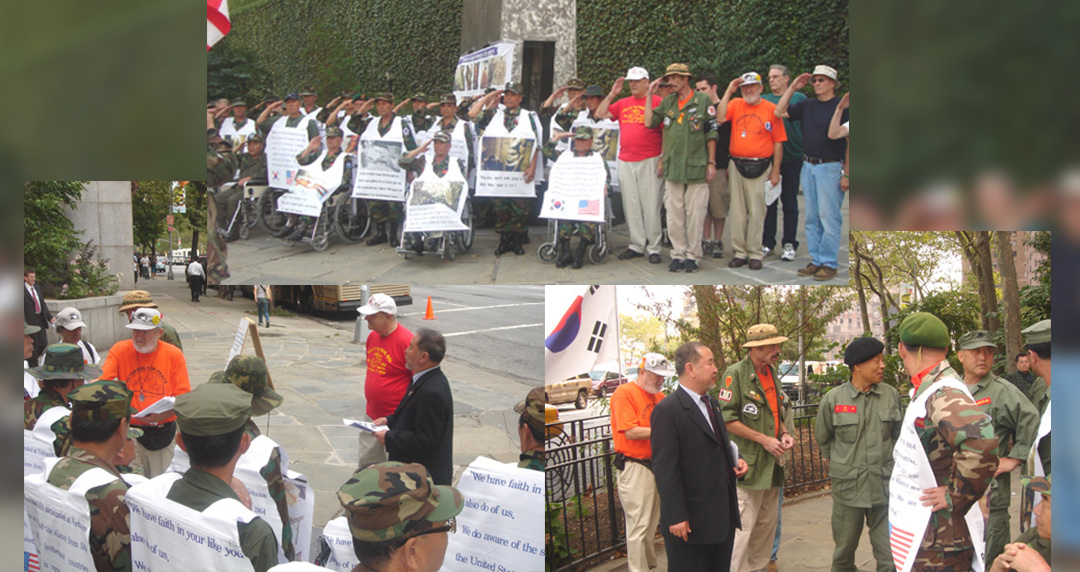 Rally for Justice Today at the United Nations!Today, August 24, 2006, from 2:00 to 5:00 pm at the Isaiah Wall, 43rd Street and 1st Avenue (United Nations Plaza) a 32 person delegation of South Korean war veterans who are victims of Agent Orange will meet with American Vietnam veterans.

Organized by the Korean Disabled Veteran’s Association for Agent Orange, their vigil, (which will continue on Friday, from 9:00 to 4:00 PM) is intended to bring public attention to the suffering of troops who fought alongside U.S. soldiers.

The South Korean veterans, several of whom are wheelchair bound, suffer from illness and disability due to their exposure to Dioxin when they fought under the U.S. command during the Vietnam War. They are seeking compensation for their injuries from the U.S. government and chemical companies. They are also seeking action from the United Nations Commission on Human Rights.

South Korean veterans have sued the U.S. manufacturers of Agent Orange and have won a judgment against the companies in Korean courts, but the companies are now appealing.

The delegation of South Korean Agent Orange affected veterans will be taking their vigil and their photo display of showing the affects of Agent Orange, to the White House in Washington D.C. next week.

Justice and compensation for Korea’s Agent Orange veterans from the U.S. government and chemical manufacturers!

Action from the United Nations Commission on Human Rights to act on behalf of these victims!

Sponsored by the Korean Disabled Veteran’s Association for Agent Orange