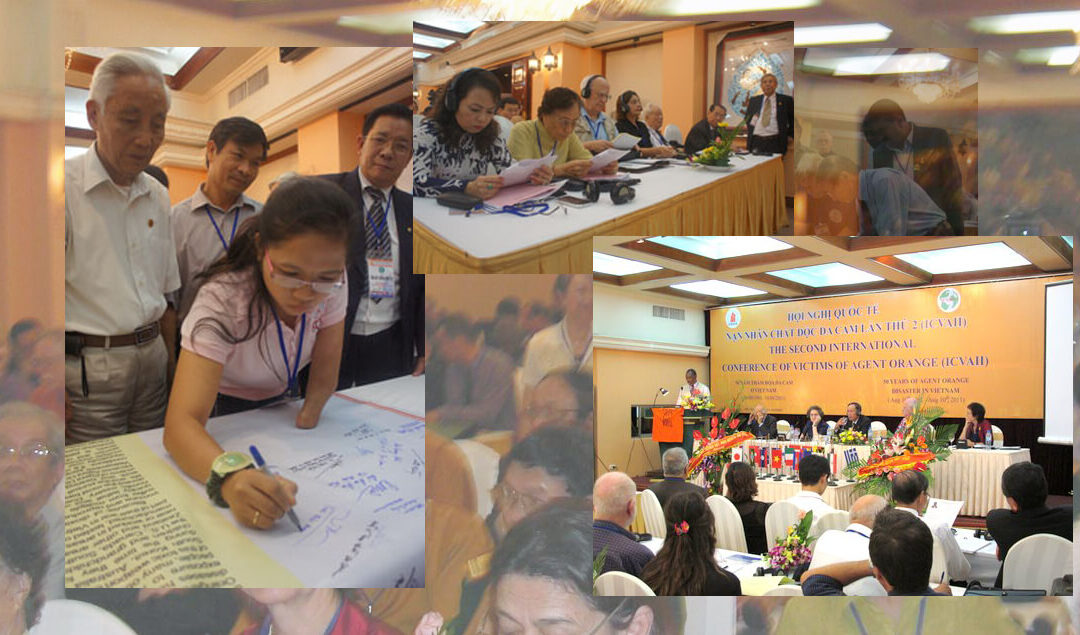 The Conference, held in Hanoi from August 8th to 9th, 2011, included participants from around the world: Agent Orange victims, victims of other toxic chemicals, scientists, lawyers and social activists. The conference was a significant and important historic event, marking the 50th anniversary of the first spraying of the toxic chemical Agent Orange (1961-1971) by the U.S. forces in Vietnam and Indochina.

The delegates to the Conference agree that:

During the Vietnam War, from 1961 to 1971, U.S. forces through Operation Ranch Hand sprayed nearly 80 million litres of herbicides over South Vietnam, of which 61% was Agent Orange containing at least 366kg of dioxin, the most toxic substance known to science….

Therefore, the Delegates to the Conference hereby call for Solidarity… Organize… Study and Remediate… UN Ban on Weapons and War Crimes… US Government and Chemical Manufacturers To Accept Responsibility… Disclose Locations of Agent Orange Sites… and Partner with VAVA…

NOW, fifty years since the first use of Agent Orange in Vietnam, the delegates of the conference declare again that the needs of the victims are urgent, requiring immediate action! …. We pledge to work together to make sure that justice delayed will no longer be justice denied!