Dow: Run for Your Life! Protest 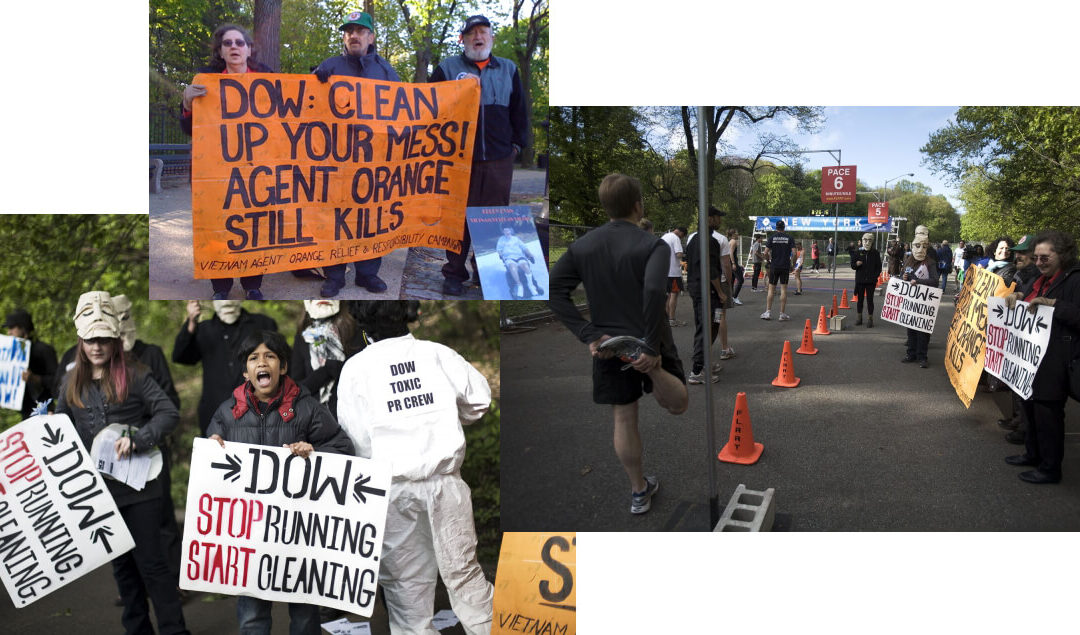 BROOKLYN, N.Y. – Bucolic Prospect park in Brooklyn, NY played host to a bizarre spectacle on Sunday, as a dramatically under-attended Dow-sponsored “Run for Water” was infiltrated and turned upside down by hundreds of furious activists, including a hundred dressed as Dow spokespeople.

New Yorkers who came to the park expecting a light run followed by a free concert found themselves unwitting extras in a macabre and chaotic scene as runners keeled over dead, Dow-branded grim reapers chased participants, and a hundred fake Dow representatives harangued other protesters and and handed out literature that explained Dow’s greenwashing program in frank detail.