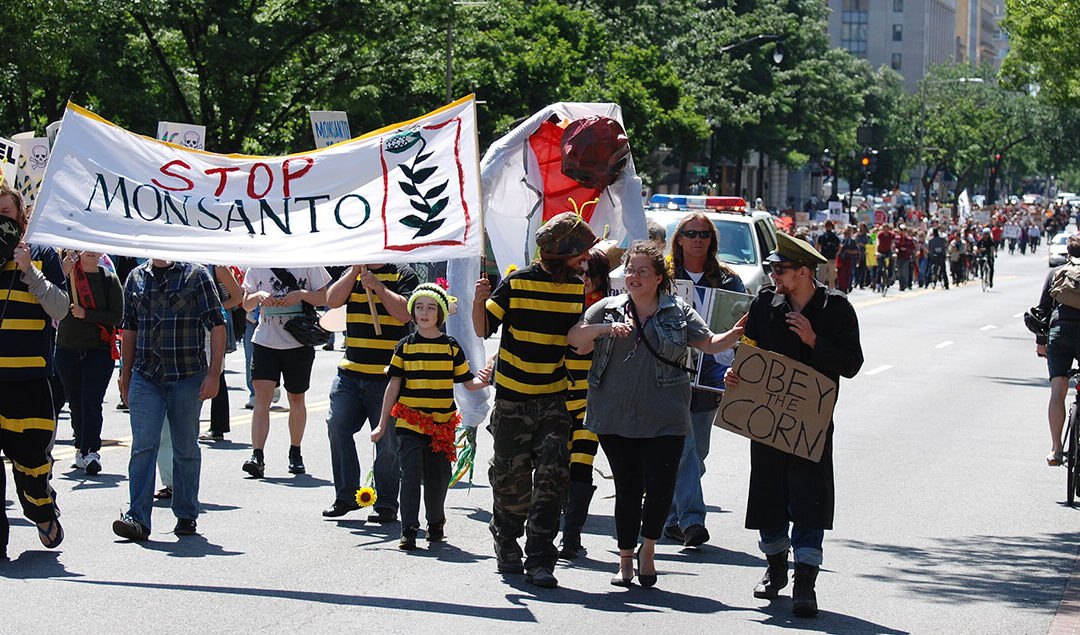 Summary and photos from the day of protest are available at here at Wikipedia.

VAORRC members joined the international protests against Monsanto in order to call attention to their role in producing dioxins that have poisoned millions.

Monsanto is one of the largest manufacturers of Agent Orange

…the deadly chemical weapon responsible for killing and sickening millions of people in Vietnam (where it was sprayed during the US’ war) and in the U.S., South Korea, Australia, New Zealand, Canada, Puerto Rico, Guam, etc. whose people were exposed as soldiers during the war or from Agent Orange being tested or stored on their lands.

Please come out to join our voice with all those opposing Monsanto’s greed and destruction of human lives and the environment! Bring your Agent Orange banner if you have one!