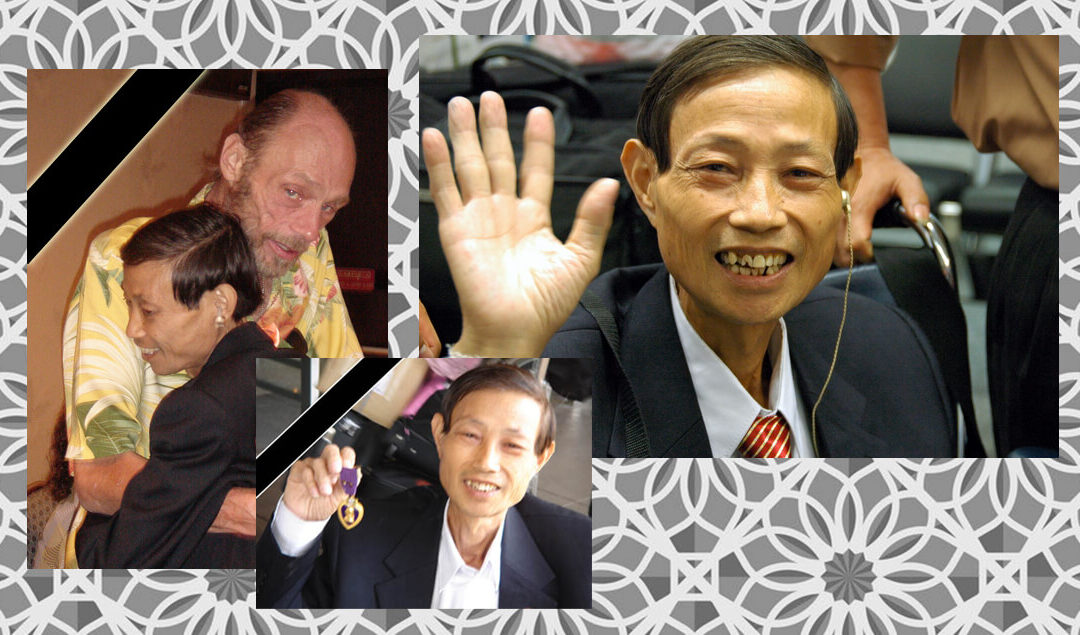 “We are deeply saddened by the death of our friend Nguyen Van Quy who dedicated the last
months of his life to fighting for justice for Vietnam’s Agent Orange victims. Even as he
suffered tremendously, Quy expressed optimism that, with the support of U.S. veterans and all the people of good will he had met in the U.S., he and his children would be able to obtain compensation for their injuries. While Mr. Quy has lost his personal battle with dioxin, his wife and two children still remain among the many others who cry out for justice,” said Merle E. Ratner, a Co-Coordinator of The Vietnam Agent Orange Relief & Responsibility Campaign which sponsored the 2007 tour featuring Mr. Quy.