2008 Congress of the Vietnam Association for Victims of Agent Orange/Dioxin; Presentation by Paul Cox 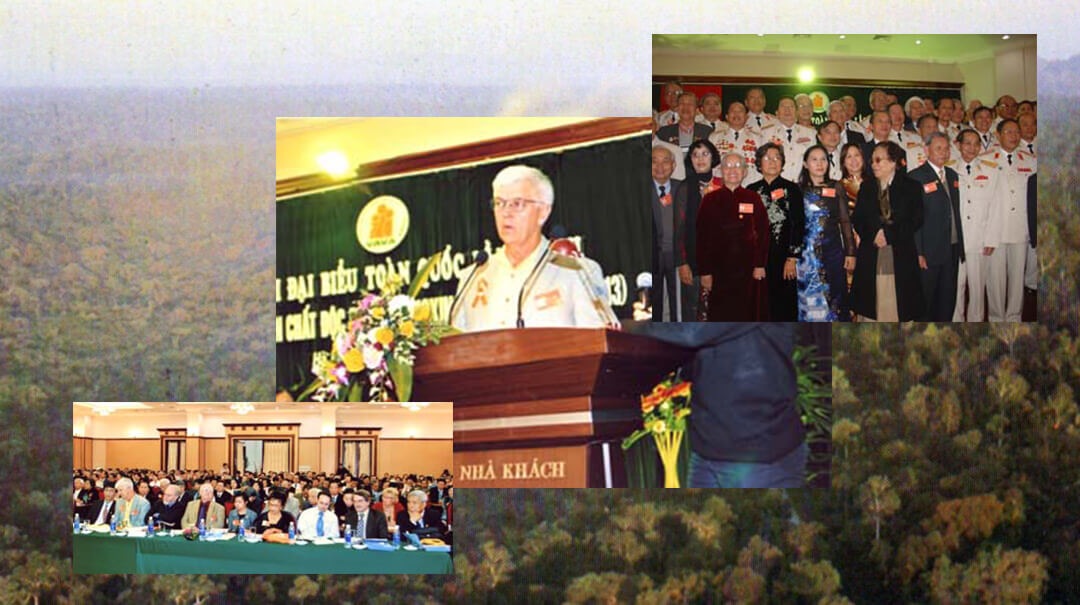 Agent Orange and the True Cost of War

My Relatives, my former enemies who are now my friends, my comrades, my aunts, my uncles, my children, my brothers and sisters: Thank you for inviting our delegation from the Vietnam Agent Orange Relief & Responsibility Campaign to visit your country and attend this Second Annual National Congress. We come to report on our struggle in the US on behalf of Agent Orange victims. We come to learn from you about the conditions in your country, and to discuss how we should carry forward our work for justice and compensation for the people of Vietnam. Speaking on behalf of my fellow delegates, Jonathan Moore and Claire Tran, and for myself, we are inspired by your struggles for justice, humbled by the strength and spirit of your people, and are deeply honored to be here.

I am a veteran of the American War, having been with the US Marine Corps operating between Highway 9 to the DMZ in 1969, and in the area south of DaNang in 1970. I serve as a cocoordinator and National Board member of the Vietnam Agent Orange Relief & Responsibility Campaign together with Board members Claire & Jonathan.

All wars cause damage that lasts long after the battles are over. The battle dead may be buried; the bomb craters may be filled; the old warriors move on to other activities, and life goes on. But the damage of wars last in the minds of its witnesses and participants, and imprints the lives of our children.

But the war that the US brought to your shores has added dimensions: Many years after the end of the war, unexploded ordnance continues to maim and kill. Dioxin and other poisons from the chemical weapons sicken and kill; and warp the bodies and minds of innocent children. The Vietnam Agent Orange Relief and Responsibility Campaign, formed in 2005 in support of VAVA’s historic lawsuit, is a national coalition of US veterans, Vietnamese Americans, labor leaders, peace activists, clergy, scientists, artists, and other community leaders. We are a project of Veterans For Peace and work closely with Vietnam Veterans Against the War, and the National Lawyers Guild.

In partnership with VAVA we have organized many activities to raise public awareness of the damage that Agent Orange has caused in Vietnam and to US veterans. We have given many interviews to radio and television, published educational materials, collected signatures on petitions, demonstrated in support of the lawsuit and, most importantly, hosted four wonderful delegations from VAVA to tour the US, the most recent in October.

These delegations of Agent Orange victims have visited more than 20 cities across the U.S. meeting with our communities, with members of Congress and appearing in the media. Our 2007 Public Health Tour resulted in the passage of an historic Policy Statement on Agent Orange, adopted by the American Public Health Association – the world’s largest such organization. A leader in VAVA testified, along with our Campaign, at the first Congressional hearing on the Agent Orange.

These delegations were successful in advancing the struggle, educating many thousands of Americans about the continuing human and environmental disaster of Agent Orange in Vietnam. We were particularly saddened by the deaths of Mrs. Nguyen Thi Hong and Mr. Nguyen Van

Quy who dedicated their last days to join us in the US to seek justice and compensation and by the death of President Dang Vu Hiep. We are in awe of their strength and determination to fight for justice for Vietnam until their last breath. They are our heroes.

Turning grief into struggle, we continue to support the lawsuit of Vietnamese Agent Orange victims with all our heart. To turn up the heat on the companies that cynically profited from making Agent Orange, we have initiated an international campaign to shame Dow and Monsanto into taking responsibility for their criminal actions including supporting the tribunal being organized by the International Association of Democratic Lawyers in 2009.

We have stepped up our efforts for congressional legislation to provide aid to Vietnam’s Agent Orange victims, clean up the hot spots, and provide US veterans and their children with additional assistance along with help for Vietnamese Americans affected. You have powerful grass roots support and allies in Congress who will work diligently to see such laws enacted.

We will work tirelessly to achieve real and concrete justice and compensation for Vietnam’s Agent Orange victims! During this Congress and in our travels to visit VAVA chapters, we hope you will share with us your needs and your aspirations for your people; your families and particularly for your children!

When I was fighting on the DMZ, much of the jungle had been totally destroyed by explosives and herbicides. We were told that Agent Orange was safe. We now know that was a lie intended to cover up a crime of war in violation of international law forbidding use of chemical weapons. For myself, and on behalf of many millions of my countrymen, I deeply apologize for the many crimes my country committed against you, your people, and your land.

Thank you for your wonderful hospitality. We are honored to participate in this important Congress. With your continued inspiration, strength and determination, justice will prevail!

LONG LIVE THE PEOPLE OF VIETNAM!! LONG LIVE VAVA!
LONG LIVE THE FRIENDSHIP & SOLIDARITY BETWEEN THE US AND VIETNAMESE PEOPLE! 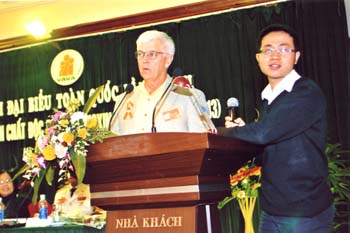 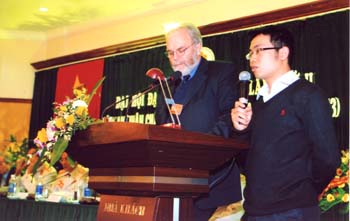 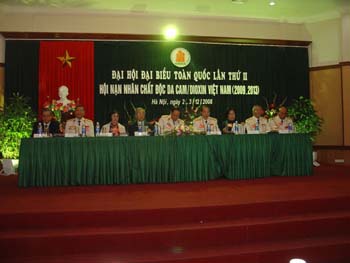 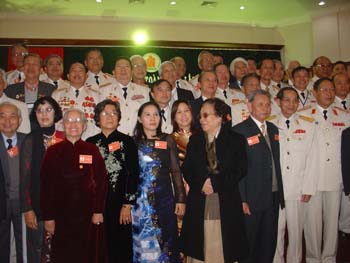 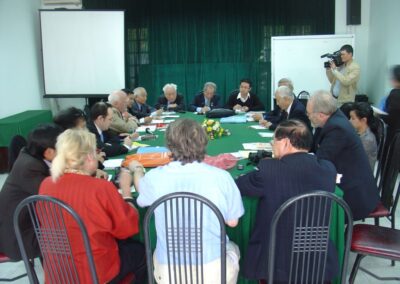 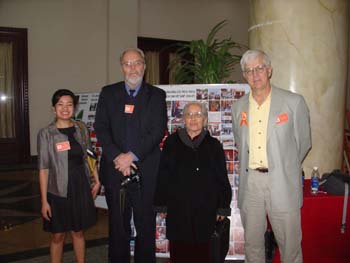 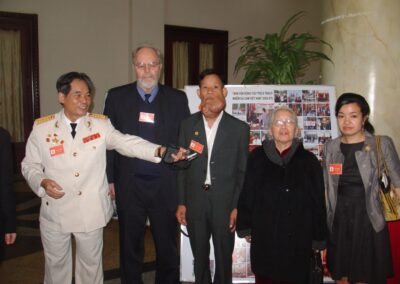 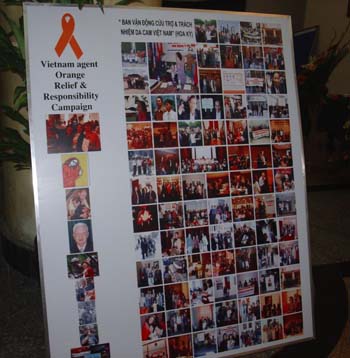