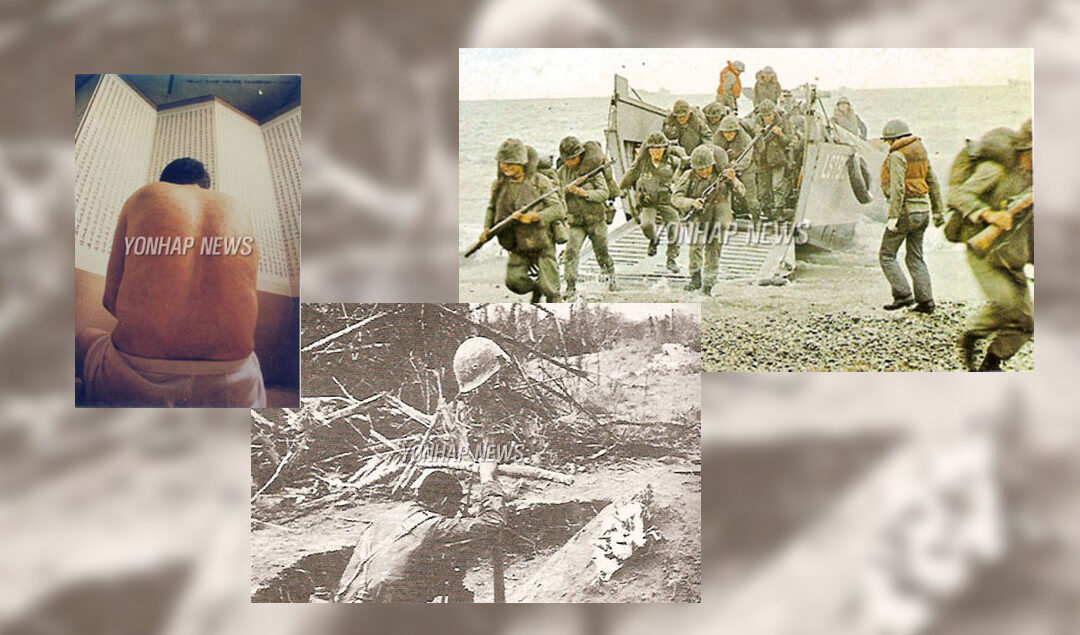 SEOUL, Feb. 15 (Yonhap) — The Vietnam War ended more than 30 years ago, but Jang Dong-cheol, a 63-year-old South Korean veteran, still lives in a nightmarish fear of the toxic U.S. chemical Agent Orange that drenched the jungles of the Southeast Asian country.

The wheelchair-bound former army sergeant said he was so busy fighting communist Vietcong every day that he never imagined the defoliant would ruin his life later.

“Actually, whenever U.S. military planes and helicopters spread Agent Orange, all of my platoon members went out, with only underwear on, to get soaked for fun,” Jang said with a remorseful, awkward smile.

“It was kind of cool to get drenched, I remember. Also, someone said they were spreading insecticides to keep Vietnamese mosquitoes away from us.”

About 320,000 South Korean troops fought alongside U.S. soldiers in the Vietnam War, of whom more than 5,000 were killed and nearly 11,000 others wounded. Many remains have yet to be recovered.

The South Korean government officially recognizes 92,320 of those Vietnam War veterans as victims of Agent Orange, but they eke out scanty livelihoods with between US$300 and US$550 in monthly subsidies.

Separately, South Korea lists 1,400 veterans as those exposed to the chemical when they served along the border with communist North Korea in 1968-69. The U.S. military proposed using the defoliant to thwart possible infiltration by North Korean agents.

The topic has been nearly forgotten in South Korea as the U.S. government has repeatedly denied responsibility for the defoliant’s alleged links with numerous bodily side-effects.

But the issue drew new attention in South Korea last month when a local court ordered two U.S. manufacturers of Agent Orange — Dow Chemical Co. and Monsanto Co. — to jointly pay $62 million in medical compensation to Korean victims. The Jan. 26 verdict by the Seoul High Court, which overturned a lower court’s ruling, marked the first time for any court of law outside the U.S. to rule in favor of Agent Orange victims.

U.S. Federal courts have dismissed several lawsuits filed by South Korean and Vietnamese veterans, arguing that there is no scientific evidence that proves the noxiousness of the powerful weed-killer. In an out-of-court settlement in 1984, however, the U.S. Agent Orange manufacturers paid $180 million to U.S., Australian, Canadian and New Zealand veterans. South Korean veterans were excluded.

In the Jan. 27 ruling, chief judge Choi Byung-duck said there are “causal relations” between the chemicals and 11 diseases such as lung cancer, larynx cancer and prostate cancer.
The U.S. firms vowed to appeal.

“This court’s decision is contrary to the overwhelming weight of independent scientific evidence which has not found a connection between exposure to Agent Orange and any serious human illness, as all other courts addressing this case have found,” they said in a joint statement.
South Korean veterans also expressed discontent with the high court ruling, saying that it didn’t cover peripheral neuropathy, the most common ailment among Agent Orange victims.

“The media made a fuss as if we won the legal battle for the first time in the world, but we don’t feel any difference,” said Kang Chang-eup, a spokesman at the Korea Agent Orange Company, a Seoul-based civic group.

Kang also said the head offices of the U.S. firms may not feel obligated to honor the Korean court ruling, because it was directed at their branch offices in Seoul.

“We will continue to take legal action till all Agent Orange victims are compensated,” said Kang, a Vietnam War veteran who also suffers from multiple nervous paralyses following his exposure to Agent Orange in Vietnam.

The U.S. stopped spraying the chemicals amid reports that they could cause serious health problems such as birth deformities and cancers. But it was only after the chemicals had already affected up to three million people, mostly Vietnamese and many South Korean and U.S. soldiers.

“About four years after I returned home, something wrong appeared in my body,” said Jang, who was deployed in Qui Nhon in southern Vietnam for two years as a member of the 10th Infantry Division. He was discharged from the Army as a sergeant in 1968.

“When I was 29, I abruptly fainted one day and regained my consciousness a few hours later. It happened again once in a while, and red speckles appeared on my body. It was so itchy that I had to scratch until blood oozed out,” he said.

Jang said he has not been able to marry because of various ailments which he believes are related to Agent Orange. The veteran is paralyzed from the waist down, and he also suffers from diabetes and high blood pressure.

“I lost everything one by one… a fiance, a Chinese restaurant I ran, family members, friends and a house. They were all gone,” said Chang, who now lives alone on a monthly government subsidy of $370.

South Korean victims are also angry at their government.

“Can you imagine your comrades-in-arms, who joked and played with you yesterday, are dying today after writhing in the agony of pain in battlefields?” said Lee Myo-sang, a former Marine private first class who also suffers from various Agent Orange-related side-effects.

“I often feel a sense of betrayal toward the government.” said Lee, who suffers from five different types of skin diseases apparently linked to the toxic chemicals. “We fought to the end as we believed that that was for our nation and people.”

The then-authoritarian South Korean government of President Park Chung-hee pushed the troop dispatch to Vietnam. The decision was rewarded with a $1 billion U.S. aid package and other benefits.

The rewards helped South Korea rebuild its economy from the ruins of the 1950-53 Korean War, for which the late president is still revered by many South Koreans, despite his iron-fisted 18-year rule of the country.

“I no longer have any negative feeling about Park, as I have now realized everything is my fault,” Jang said.

“A few days ago, I had a nightmare that my platoon members had a battle with Vietcong troops and shot them to death. After the fighting, we jokingly argued over who caught more Vietcong. That was exactly what we did in reality and my dream was too vivid,” he said.

“I think I am probably having this tough life because I killed too many Vietnamese.”