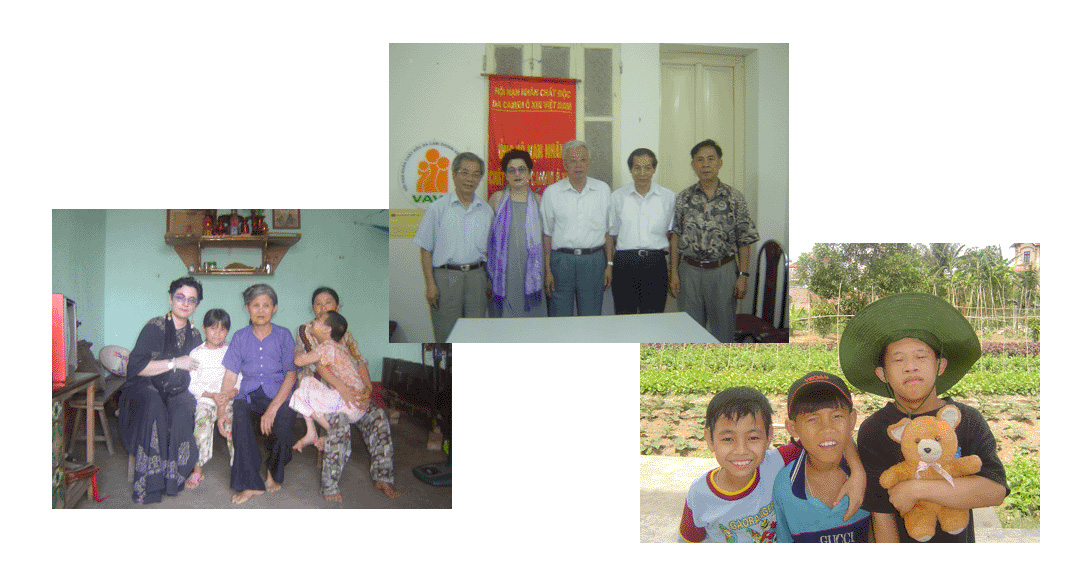 On May 20th, 2005, Merle Ratner, a co-coordinator of the Vietnam Agent Orange Relief and Responsibility Campaign (VAORRC), met with The Executive Committee of the Vietnam Association for the Victims of Agent Orange/Dioxin (VAVA) at their offices in Hanoi. After a full discussion of the requirements for supporting and receiving justice for Agent Orange victims, a joint plan between VAVA and VAORRC was approved by VAVA President, Ðặng Vũ Hiệp and by Merle Ratner for the VAORRC.

VAORRC will do its best to conduct the campaign of educating the U.S. people about the suffering brought about by the use of this chemical warfare and to mitigate the agony of Vietnamese victims. VAVA will do its best to create favorable conditions for VAORRC to implement its campaign. Both groups will maintain direct and regular communication and will work together to send a delegation of representatives of VAVA and other Agent Orange victims to the U.S. on a national speaking tour in the fall of 2005.

The meeting proceeded in a very warm and friendly atmosphere and offered good prospects for an excellent working relationship.

Merle Ratner also presented VAVA with $1,000 from the VAORRC.