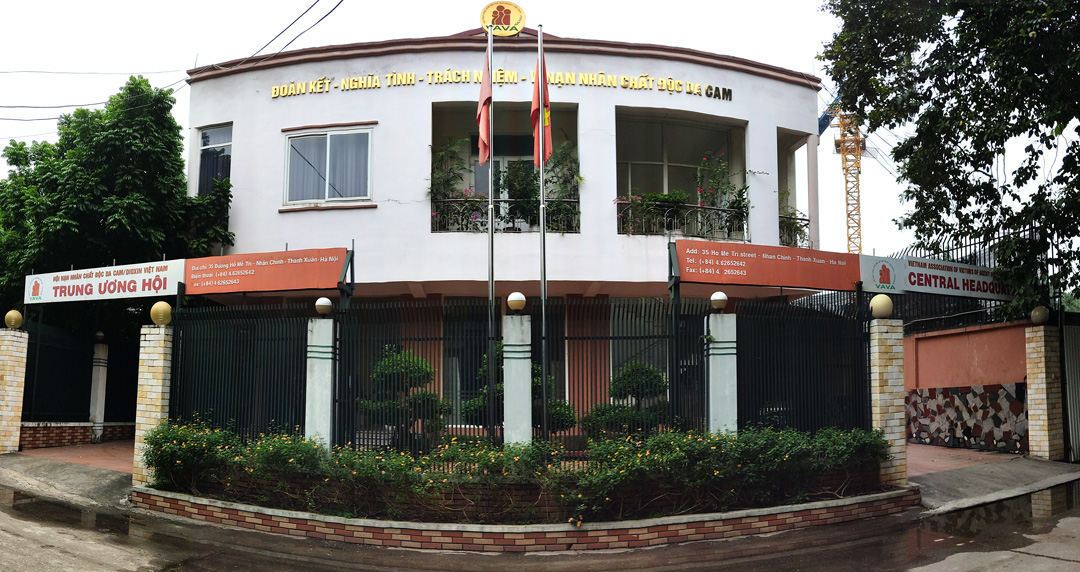 In order to subdue Viet Nam during the war, the United States undertook from 1961 to 1971 a campaign called “Operation Ranch Hand”. The campaign consisted of widespread spraying of herbicides allegedly for defoliation and crop destruction purposes. In reality, it amounted to chemical warfare of a magnitude never seen in the history of mankind, in violation of international law and that of the United States itself.

This chemical warfare occurred over a large area – 17% of southern Vietnam, with 4 to 5 million people exposed resulting in about 3 million victims, half of whom, civilians. The devastation was caused by the use of a colossal amount of chemicals – up to 110 thousand tons — contaminated with toxic byproducts, such as, Agent Blue (with arsenic), Agent White (with hexachlorobenzen), and particularly Agent Orange with its very high content of dioxin. Those agents have harmed both the environment and human health, not only in the immediate but also in the long term. Thanks to the condemnation from many people in America and in the world, the United States were forced to ban the use of those “herbicides” in 1971, while the war was still raging.

Thirty years after the end of the war, Viet Nam is rebuilding but the wounds caused to the land and to the mind and body of those exposed to dioxin have not healed. On the contrary, these wounds have become more visible with time, like the manifestations of long-term later deadly diseases, such as soft-tissue sarcoma, Non-Hodgkin’s lymphoma, and conditions affecting offspring such as spina bifida and congenital malformations. Such diseases cause not only debilitation but also deformity, not only physical pains but also deep mental wounds with extensive long-term social implications.

Chemical warfare and, in particular, the use of Agent Orange, has impacted not only the Vietnamese but also a whole range of people in the United States, Australia, New Zealand, South Korea and Canada… Vietnamese victims, however, are the ones who have suffered the most. They are today among the most unfortunate and destitute people in Viet Nam.

In recent years the government and people of Viet Nam have tried to help these survivors. In this difficult task we have received and are thankful for the assistance of friends all over the world. The reality, however, is that much more is needed. The survivors now need help to achieve justice, to demand that those who harmed them be held accountable, to demand that the United States participate in the efforts to alleviate the consequences of the war as they committed to in the Paris Agreement for all victims, American and Vietnamese alike.

To these ends, on January 30, 2004, the Vietnamese victims of Agent Orange/dioxin filed a class action lawsuit in the federal district court in Brooklyn against the manufacturers and suppliers of the toxic chemicals. The District Court dismissed their lawsuit on the ground that the chemicals used were merely herbicides, not poisons, which was more a political consideration than legal reasoning.

We have filed an appeal in the Second Circuit U.S. Court of Appeals. The court will make a decision after the oral argument scheduled to take place in the first weeks of March 2006.

Assistance to the victims, many of whom are slowly dying, has become a burning issue. The Association of Vietnamese Victims of Agent Orange/dioxin and the victims themselves are appealing to you and to all people of goodwill to help them in their struggle for survival and justice. We need more of you to speak up, and to speak up more forcefully.

Let us do together what we can to help the Vietnamese victims in their quest for justice. You will be helping more than one generation of victims, you will be helping not only Vietnamese, but Americans and many others as well. You will be giving, in fact, a second chance to all those who have been harmed, and thereby, will make this world more peaceful, more just, and safer.

My heartfelt thanks for your concern and support.