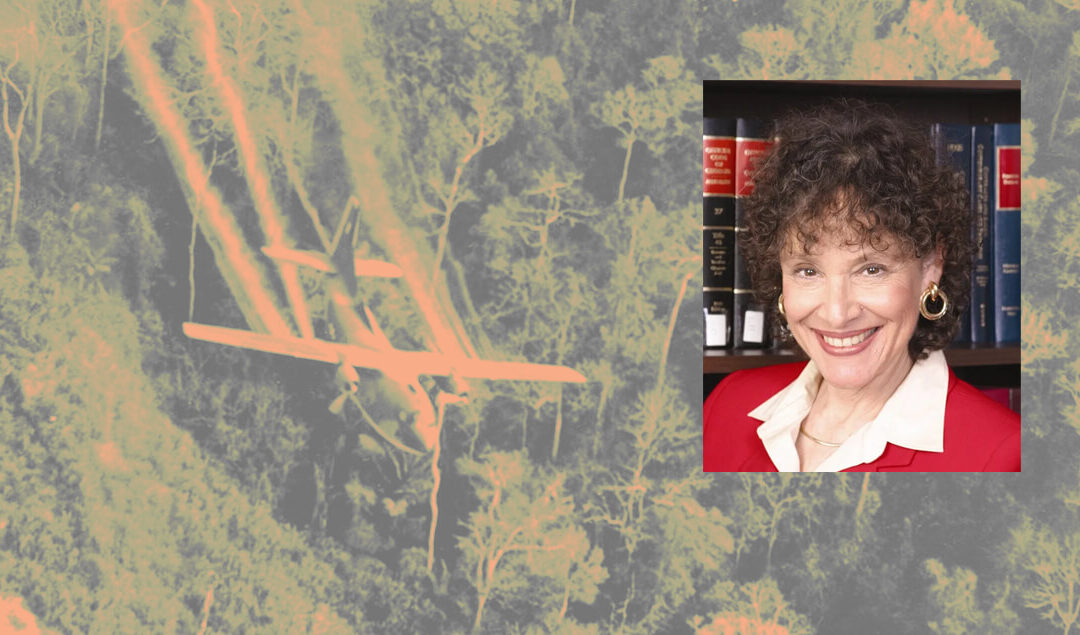 Today marks the 50th anniversary of the start of the chemical warfare program in Vietnam without sufficient remedial action by the U.S. government. One of the most shameful legacies of the Vietnam War, Agent Orange continues to poison Vietnam and the people exposed to the chemicals, as well as their offspring. H.R. 2634, the Victims of Agent Orange Relief Act of 2011, which California Congressman Bob Filner just introduced in the House, would provide crucial assistance for social and health services to Vietnamese, Vietnamese-American, and U.S. victims of Agent Orange.

From 1961 to 1971, approximately 19 million gallons of herbicides, primarily Agent Orange, were sprayed over the southern region of Vietnam. Much of it was contaminated with dioxin, a deadly chemical. Dioxin causes various forms of cancers, reproductive illnesses, immune deficiencies, endocrine deficiencies, nervous system damage, and physical and developmental disabilities.

In Vietnam more than three million people, and in the United States thousands of veterans, their children, and Vietnamese-Americans, have been sickened, disabled or died from the effects of Agent Orange/dioxin.

Vietnamese of least three generations born since the war are now suffering from disabilities due to their parents’ exposure to Agent Orange or from direct exposure in the environment. The organization representing Vietnam’s victims, the Vietnam Association for Victims of Agent Orange/Dioxin, has set up some ‘peace villages’ to care for the severely disabled, but many more such facilities and services are needed. Dioxin residues in the soil, sediment, and food continue to poison many people in 28 “hot spots” in southern Vietnam.

Many U.S. veterans suffer from effects of Agent Orange due to their exposure in Vietnam, as do their children and grandchildren. Vietnamese-Americans exposed directly to Agent Orange and their offspring suffer from the same health conditions.

The bill, which the Vietnamese Agent Orange Relief & Responsibility Campaign assisted Congressman Filner in writing, defines “victim” as “any individual who is a Vietnamese national, Vietnamese-American, or United States veteran who was exposed to Agent Orange, or the progeny of such an individual, and who has a disease or disability associated with this exposure.” In addition to compensating the victims of Agent Orange, H.R. 2634 would also clean up the toxic hot spots in Vietnam.

One provision of the bill would expand programs and research for the benefit of U.S. vets and establish medical centers “designed to address the medical needs of descendants of the veterans of the Vietnam era.” This creates a presumption that certain birth defects that children and grandchildren of exposed victims suffer would be considered the result of contact with Agent Orange.

While the U.S. government has begun to fund environmental cleanup in Vietnam, it has refused to recognize its full responsibility to heal the wounds of war and provide assistance to Vietnamese, Vietnamese-American, and U.S. victims for the serious health and environmental devastation caused by Agent Orange.

There has been some compensation for U.S. veteran victims of Agent Orange, but not nearly enough. In spite of President Richard Nixon’s 1973 promise of $3.25 billion in reconstruction aid to Vietnam “without any preconditions,” the Vietnamese and Vietnamese-American victims of the disgraceful chemical warfare the United States conducted in Vietnam have not seen one penny of compensation.

Fifty years is long enough. It is high time to compensate the victims for this shameful chapter in our history. H.R. 2634 will go a long way toward doing just that.

Marjorie Cohn is professor emerita at Thomas Jefferson School of Law, former president of the National Lawyers Guild, and deputy secretary general of the International Association of Democratic Lawyers. Her latest book is, Drones and Targeted Killing: Legal, Moral, and Geopolitical Issues. Previous books include: Cowboy Republic: Six Ways the Bush Gang Has Defied the Law and co-author of Rules of Disengagement: The Politics and Honor of Military Dissent (with Kathleen Gilberd); and an anthology, The United States and Torture: Interrogation, Incarceration and Abuse.