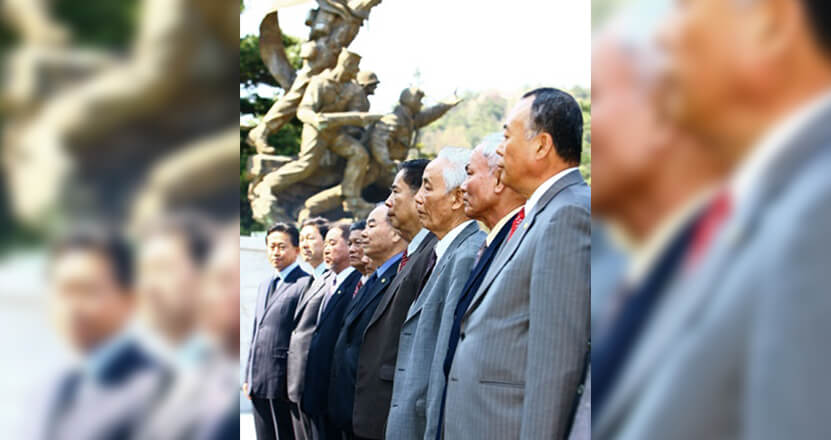 More than 30 years after having fiercely fought in the Vietnam War, South Korean and Vietnamese veterans of the Vietnam War stood together yesterday to demand compensation from U.S. manufacturers of Agent Orange, which they say has caused them ongoing illnesses.

In front of a 31-meter tower at South Korea’s national cemetery, they
burned incense and paid silent tribute to the hundreds of thousands of war veterans buried here.

The veterans share a bitter past as well as a present agony–what they claim are the lingering after-effects of the deadly defoliant sprayed by the U.S. during the war. They are fighting together to receive compensation from the U.S. makers of Agent Orange. The victims of the fatal chemical carry a continuing legacy of the Vietnam War, which ended three decades ago.

More than 4.7 million Vietnamese are said to continue to suffer from a range of illnesses, including birth defects, cardiovascular disease, cancer and nervous disorders because of the chemical
defoliant dropped during the war in which South Korea fought alongside the U.S against communist North Vietnam. South Korean activists estimate the number of Korean victims of the chemicals at
around 150,000.

South Korea dispatched about 320,000 soldiers to Vietnam to become the largest foreign contingent of U.S. allies fighting in the war, with 5,000 killed in action and nearly 11,000 others wounded,
according to official data.

“The past is gone. South Korea and Vietnam are friends and partners for now and the future,” Do Xuan Dien told Yonhap News Agency. Do led communist forces to victory over the U.S. coalition that aimed
to reunify Vietnam.

The 75-year-old former army major general arrived in Seoul earlier in the day for a week-long stay in his capacity as vice president of Vietnam’s Association of Victims of Agent Orange (VAVA).

He is heading a nine-member delegation from the association, which paid homage to the fallen soldiers at the National Cemetery in Seoul, along with around 120 members of the South Korean group of Agent Orange victims.

“We are preparing [to file] a lawsuit against the makers of Agent Orange. So we want to learn from the South Korean group’s experience,” the grey-haired Vietnamese man said.